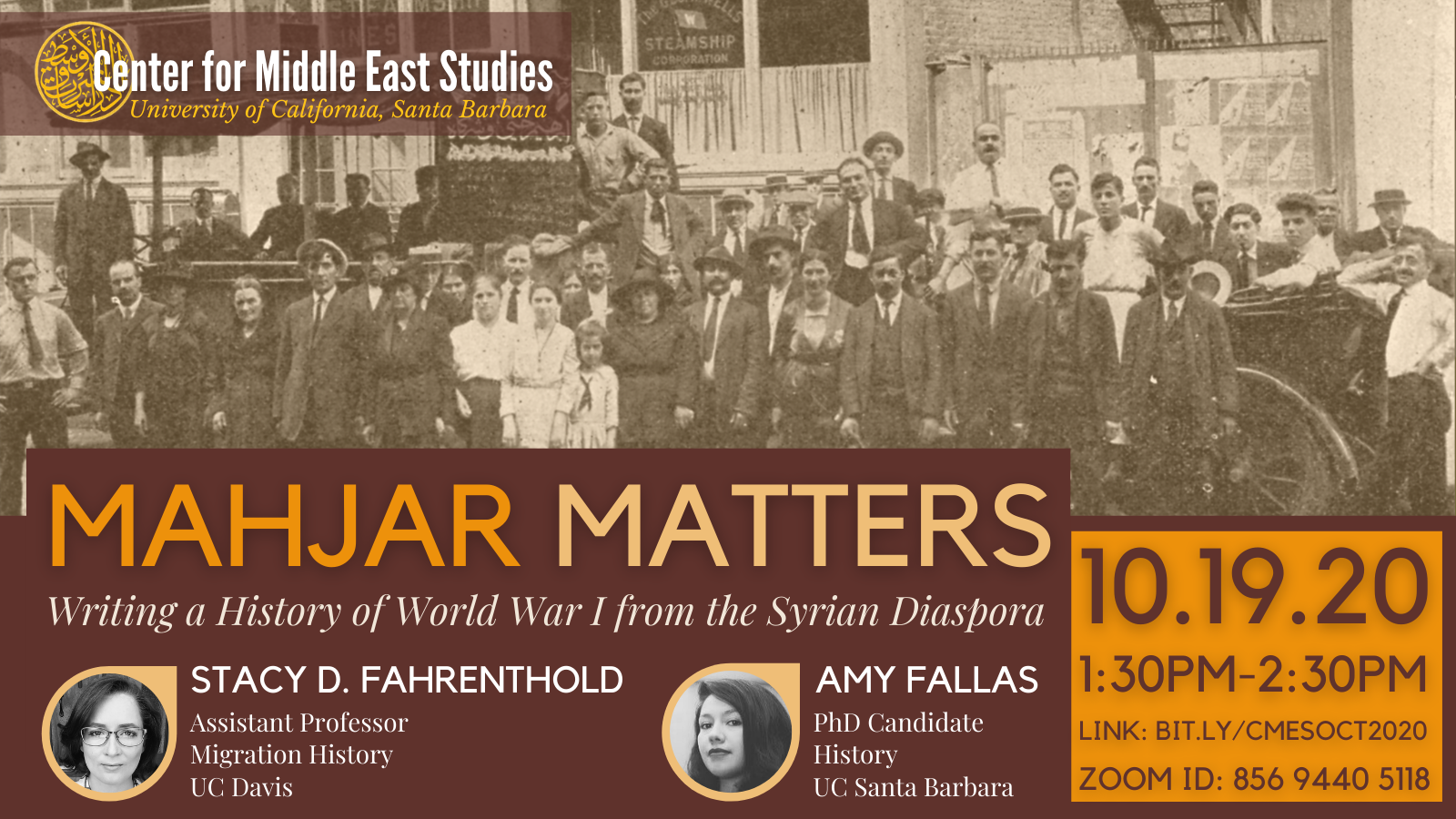 Mahjar Matters: Writing a History of World War I from the Syrian Diaspora

In this talk, Stacy Fahrenthold examines the politics of Syrian and Lebanese migration during the First World War. Some half-million Arab migrants, nearly all still subjects of the Ottoman Empire, lived in a diaspora concentrated in Brazil, Argentina, and the United States. They faced new demands for their political loyalty from Istanbul, which commanded them to resist European colonialism. From the Western hemisphere, Syrian migrants grappled with political suspicion, travel restriction, and outward displays of support for the war against the Ottomans. From these diasporic communities, Syrians used their ethnic associations, commercial networks, and global press to oppose Ottoman rule, collaborating with the Entente powers because they believed this war work would bolster the cause of Syria’s liberation. Based on her new book, Between the Ottomans and the Entente, Fahrenthold discusses how Syrian emigrant communities became a geopolitical frontier between the Young Turk Revolution and the early French Mandate, transforming the diaspora into an epicenter for Arab nationalist politics.

SPEAKER: Stacy D. Fahrenthold is an assistant professor of migration history at the University of California Davis. She is co-editor of Mashriq & Mahjar: Journal of Middle East and North African Migration Studies, as well as a new book series Refugees and Migrants within the Middle East at the American University of Cairo Press. Her first book, Between the Ottomans and the Entente, was recently awarded the 2020 Evelyn Shakir Award by the Arab American National Museum. She tweets at @sdfahrenthold.

DISCUSSANT: Amy Fallas is a PhD Student in History at UC Santa Barbara. Her research focuses on modern Egypt, religious minorities in the Middle East, missions and global Christianity, and history of charity. She holds an MA in History from Yale and served as an editor of the Yale Journal for International Affairs. She currently serves as an assistant editor at the Arab Studies Journal. She writes on human rights in Egypt, religious minorities in the Middle East, and US foreign policy in the region. Her work is published in the Washington Post, Jadaliyya, Tahrir Institute for Middle East Policy, and Palestine Square. She tweets at @amy_fallas.