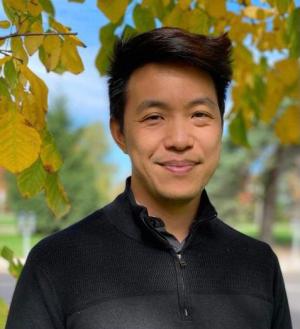 The Universal Enemy: Jihad, Empire, and the Challenge of Solidarity

No contemporary figure is more demonized than the Islamist foreign fighter who wages jihad around the world. Spreading violence, disregarding national borders, and rejecting secular norms, so-called jihadists seem opposed to universalism itself. In this talk Darryl Li, in a radical departure from conventional wisdom on the topic, will argue that transnational jihadists are engaged in their own form of universalism: these fighters struggle to realize an Islamist vision directed at all of humanity, transcending racial and cultural difference.

Li will re-conceptualize jihad as armed transnational solidarity under conditions of American empire, revisiting a pivotal moment after the Cold War when ethnic cleansing in the Balkans dominated global headlines. Muslim volunteers came from distant lands to fight in Bosnia-Herzegovina alongside their co-religionists, offering themselves as an alternative to the US-led international community. Li will highlight the parallels and overlaps between transnational jihads and other universalisms such as the War on Terror, United Nations peacekeeping, and socialist Non-Alignment; and explore the relationship between jihad and American empire to shed critical light on both.

SPEAKER: Darryl Li is an anthropologist and attorney working at the intersection of war, law, migration, empire, and race with a focus on transregional linkages between the Middle East, South Asia, and the Balkans. Li is the author of The Universal Enemy: Jihad, Empire, and the Challenge of Solidarity (Stanford University Press, 2020), which develops an ethnographic approach to the comparative study of universalism using the example of transnational “jihadists” — specifically, Arabs and other foreigners who fought in the 1992-1995 war in Bosnia Herzegovina.

DISCUSSANT: Gehad Abaza’s research interests include forced migration and refugee studies, the anthropology of the state, processes of racialization, the anthropology of war, and memory. Specifically, her doctoral research focuses on the “return” migration of Syrians of Circassian descent to the unrecognized state, Abkhazia, and the active role they play as agents in its state formation. Abaza has an MA in Sociology-Anthropology and a BA in Political Science, with a specialization in Middle East Politics from the American University in Cairo. Before pursuing her PhD at UCSB, she was a journalist and photographer in Egypt, covering stories related to refugee, worker, and detainee rights. Her work has been published in outlets such as Newsweek, the National UAE, Mada Masr, and more.